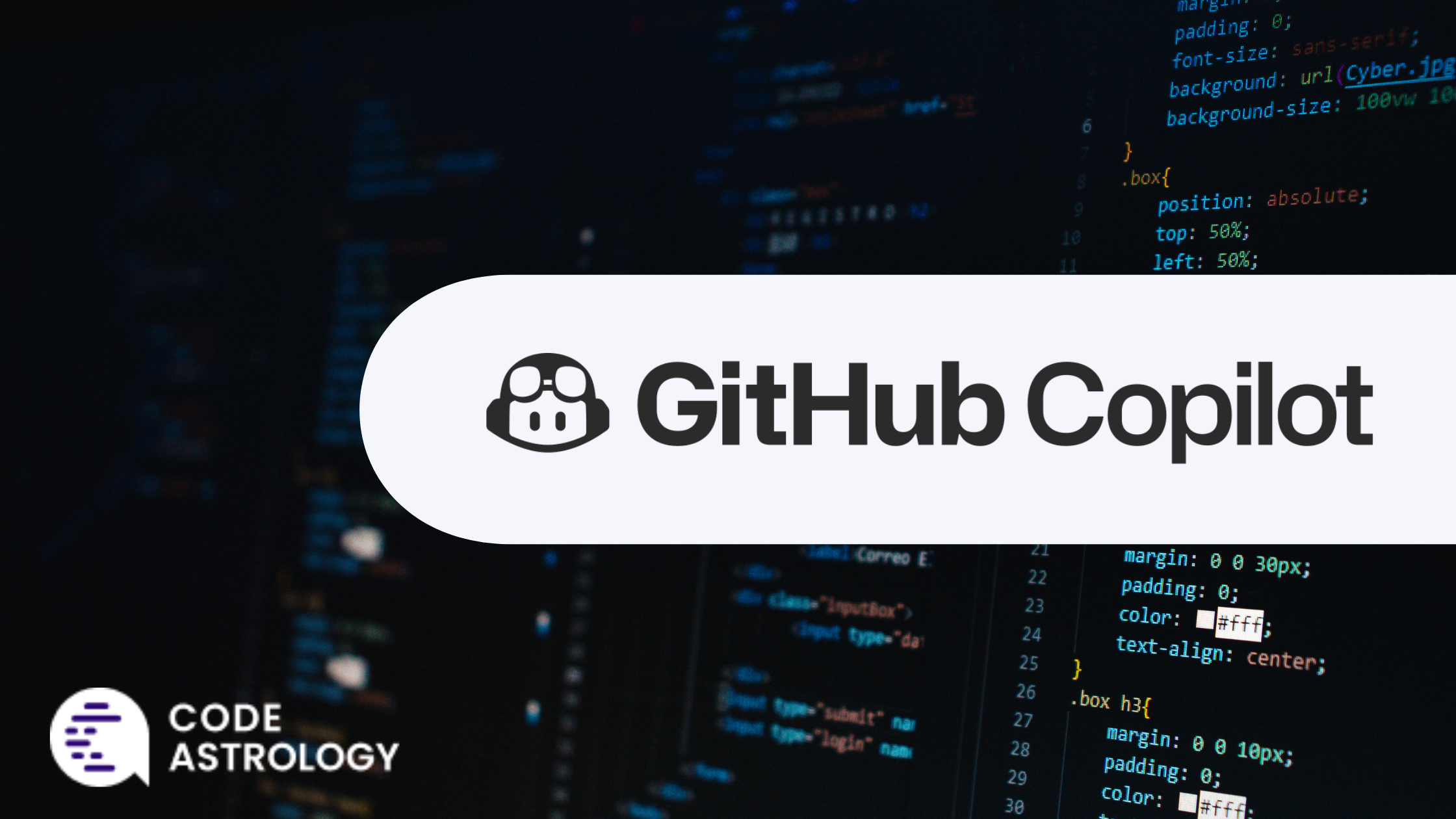 In the last few months, we’ve all heard the rumors about a question: Will GitHub CoPilot Replace Developers and Take Their Jobs?

I found this a bit alarming and wanted to know more, so I dug deeper into GitHub Co-Pilot. It’s essentially an AI development tool for programming.

But it’s no secret that artificial intelligence is growing at an exponential rate, and there are many industries where machines can do a lot more than humans—from finance to healthcare. One of the biggest concerns people have about these applications is that they might replace human beings altogether.

This article will explore the potential pros and cons of GitHub Co-Pilot applications in these programming industries and whether or not they are really capable of replacing humans in such a way that they take our jobs away.

GitHub Co-Pilot: What is it?

GitHub is a software platform for hosting and collaborating on code. If you’re not familiar with GitHub, it was acquired by Microsoft in 2014.

“We spent the last year working closely with OpenAI to build GitHub Copilot. We’ve been using it internally for months, and can’t wait for you to try it out; it’s like a piece of the future teleported back to 2021.”

GitHub Co-Pilot —an AI pair programmer that offers autocomplete-style suggestions as you code.

You can receive suggestions from GitHub Copilot either by starting to write the code you want to use or by pressing a button. This feature is especially helpful when you are trying to remember a series of commands.

How does GitHub Co-Pilot work?

GitHub Copilot looks at the context of the file you are editing and other files that are related to it. It then makes suggestions right in your text editor based on what it finds.

OpenAI created a model from billions of lines of open source code for GitHub Copilot, which provides recommendations.

When you are writing code, GitHub Copilot will make suggestions as to how the string or function can be completed as you type. You can approve or reject suggestions by scrolling.

This will never happen.
It’s an advanced auto complete. Co-Pilot predicts what you want to do. Certainly impressive. First, you must describe your goals. Many businesspeople have made this error for decades. A programmer’s principal job isn’t writing code. It’s understanding business requirements and translating them into code.
Developers solve issues. No AI can do it, hence GitHub’s technology is termed “Copilot.” Copilot helps you write code.
A developer’s job is more than just coding. In order to create a successful product, the developer must have creativity and problem-solving ability. They need to be able to think beyond the code they are writing and see the big picture.
Programming is a mix of art and science, so it requires some deeper thinking than merely generating code in a visual language. Problem-solving is at the heart of being a successful software developer, and it takes creative thinking to solve difficult problems.

What Did GitHub CEO Nat Friedman Say About This Matter?

On June 29, 2021, Friedman made his own statement regarding this matter in the Hacker News community:

“We think that software development is entering its third wave of productivity change. The first was the creation of tools like compilers, debuggers, garbage collectors, and languages that made developers more productive. The second was the open source where a global community of developers came together to build on each other’s work. The third revolution will be the use of AI in coding.

The problems we spend our days solving may change. But there will always be problems for humans to solve. “

GitHub Copilot is a code-writing tool that can help you spend even less time writing code.
It offers a variety of features that can make your coding experience easier.
For example, it can auto-complete common code words and symbols, suggest code snippets, and find errors in your code.

Additionally, it can help you keep track of changes made to your files and check for conflicts automatically. This can save you time and ensure that your final product is error-free.

Is GitHub Co-Pilot A Productivity Tool?

GitHub Co-Pilot is a useful productivity tool that can help improve code quality and improve productivity.
It’s a replacement for searching for code fragments on Stack Overflow. GitHub Co-Pilot scans the repository for repeated patterns, provides code suggestions based on those patterns, and provides links to related resources.
It also keeps track of changes to files in the repository, so you can see who has made the most changes and when they made them. With GitHub Co-Pilot, you can quickly find and fix problems in your code.

Is GitHub Co-Pilot Reliable With All Programming Languages?

If you’re a developer, you probably use GitHub for version control and collaboration. But have you ever wondered if GitHub Copilot is reliable with all programming languages?
It turns out, yes!

GitHub Co-Pilot is optimized to work with programming languages and frameworks.

You can use it to write Python, JavaScript, TypeScript, Ruby, Go, C#, or C++.

Additionally, GitHub Copilot can generate suggestions for other programming languages and frameworks.

The answer is Yes !

It is possible to add GitHub Copilot as an extension to Visual Studio Code, Visual Studio, Neovim, and the other integrated development environments (IDEs) produced by JetBrains.

“Getting started with GitHub Copilot.“

How do I install GitHub Co-Pilot on My Visual Studio?

Step 2: Click on the “install” button. A popup will appear, asking you to open Visual Studio Code.

Step 5: After that, it will ask you to sign in to GitHub in Visual Studio Code.

You are ready to work with  GitHub Co-Pilot on your Visual Studio.

Does GitHub Copilot do SQL?

Copilot suggested the tables and columns you needed to join in order to get the data you wanted. It even suggested the correct table for my query.
In addition, it alerted you when there were errors in my SQL statement. This feature was very helpful in ensuring that my data analysis was accurate.

Is GitHub Copilot Free For All?

To use the service, interested developers will be required to pay either $10 USD per month or $100 USD per year, with a free trial period of 60 days.

However, GitHub will give away free versions of Copilot to verified students and to the people who maintain the most popular open-source projects.

Will GitHub Co-Pilot take the jobs of developers? The clear answer is no.

The idea behind the program is to automate some tasks that can be done more efficiently by an AI tool than by a human, but this doesn’t mean that all developer jobs are at risk.

In fact, there are many roles in which GitHub Co-Pilot AI simply can’t replicate the skills and expertise that only humans can provide.

As long as GitHub keeps using smart, passionate people to make and maintain its coding environment, co-pilot will have no effect on the number of developer jobs in the industry.

We use cookies on our website to give you the most relevant experience by remembering your preferences and repeat visits. By clicking “Accept All”, you consent to the use of ALL the cookies. However, you may visit "Cookie Settings" to provide a controlled consent.
Cookie SettingsAccept All
Manage consent

This website uses cookies to improve your experience while you navigate through the website. Out of these, the cookies that are categorized as necessary are stored on your browser as they are essential for the working of basic functionalities of the website. We also use third-party cookies that help us analyze and understand how you use this website. These cookies will be stored in your browser only with your consent. You also have the option to opt-out of these cookies. But opting out of some of these cookies may affect your browsing experience.
Necessary Always Enabled
Necessary cookies are absolutely essential for the website to function properly. These cookies ensure basic functionalities and security features of the website, anonymously.
Functional
Functional cookies help to perform certain functionalities like sharing the content of the website on social media platforms, collect feedbacks, and other third-party features.
Performance
Performance cookies are used to understand and analyze the key performance indexes of the website which helps in delivering a better user experience for the visitors.
Analytics
Analytical cookies are used to understand how visitors interact with the website. These cookies help provide information on metrics the number of visitors, bounce rate, traffic source, etc.
Advertisement
Advertisement cookies are used to provide visitors with relevant ads and marketing campaigns. These cookies track visitors across websites and collect information to provide customized ads.
Others
Other uncategorized cookies are those that are being analyzed and have not been classified into a category as yet.
SAVE & ACCEPT